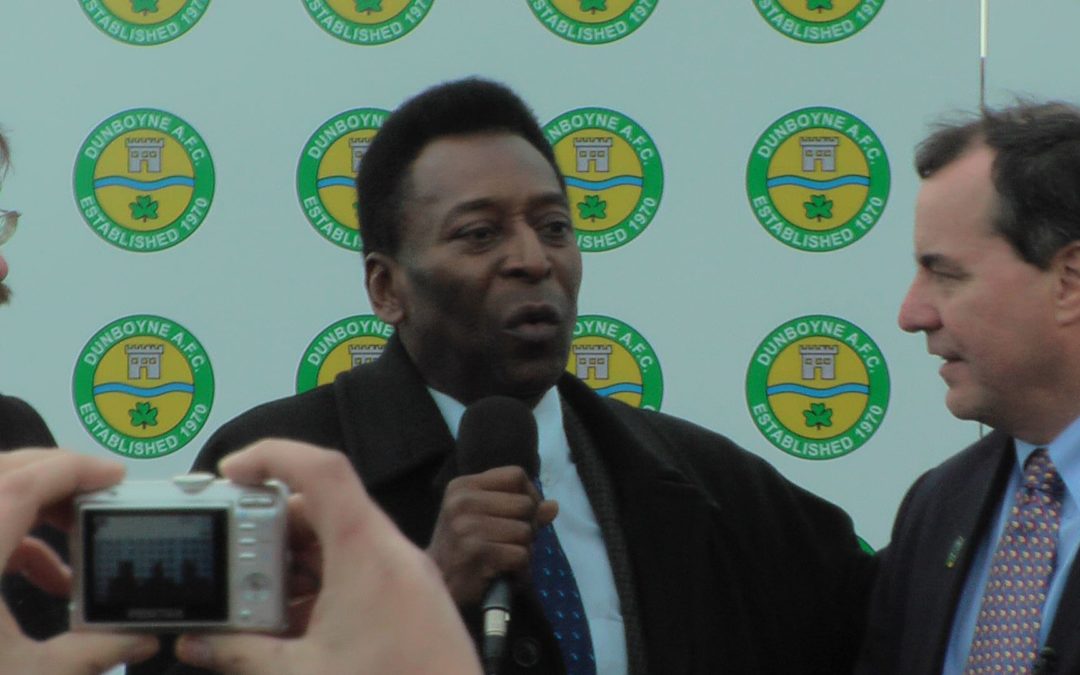 The club took great pride in welcoming a true sporting legend in November 2009 when the great Pele officially opened our grounds. This was a great honour for the club and reflected recognition by the FAI in acknowledging the club’s achievements in promoting soccer in the Meath area.