HISTORY OF THE CLUB

Dunboyne soccer club...beginning. Around this time fifty years ago, the world and Dunboyne were somewhat different places than today. Covid-19 ( and that is the only time it will be mentioned from here on in ), mobile phones, Facebook, Love Island, Wheelie Bins, Digital cameras, Donald Trump, undetectable hairpieces, Remote TV controls, McDonalds, a Pope in the Park, a statue of Sean Boylan, …they were all unheard of. So were Beechdale, Kilbrena, Woodview Heights, all the halls belonging to the Hamiltons, Lutterells, Plunketts and Sadliers, Millfarm .....And God knows where else. There was no community centre, no supermarket in Toms field nor houses in Dick Riley’s field, no St. Peters College, no trains up and running again,...and sometimes no water or electricity. ...and there was no soccer club....

END_OF_DOCUMENT_TOKEN_TO_BE_REPLACED

PURCHASE OF LAND ON SUMMERHILL ROAD AND SUBSEQUENT DEVELOPMENT

(Extract Credits to Harry Coogan who did enormous work in the preparation of the plans, submissions etc. at the time)

One of the most important events in the history of the club happened in 1993. In 1993 Dunboyne AFC purchased 12.5 acres of land at Summerhill Road Dunboyne. Since 1970 the Club had played on land belonging to our Former Taoiseach’s fathers land
(Mr. Joe Bruton) The plan at the time was to develop a club house including dressing rooms, referees room, toilets and showers and a pitch complex to facilitate the growing number of teams to be catered for.

Committee at the time of the Land Purchase

Long standing members will enjoy this picture of our senior 1986 squad. 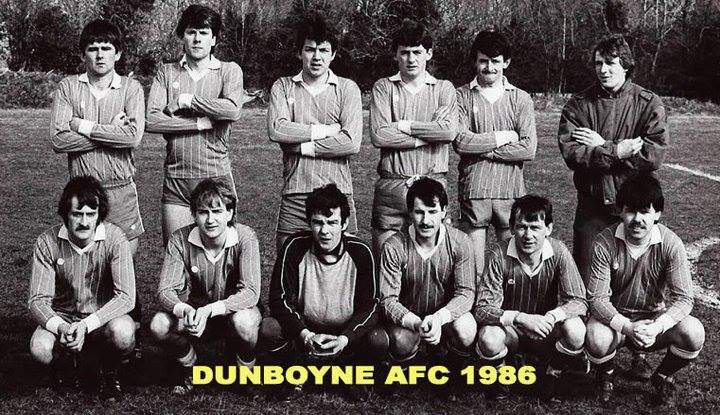 The following are some articles contributed by current and past members of the club.

We would welcome further contributions to our history page and if any wishes to include an article about their teams past achievements or any other stories or anecdotes about the club please forward them to waltermoran73@yahoo.co.uk or any of the committee members.

Schoolboys soccer started in Dunboyne in the summer of 1994. Informal games on a Saturday and/or Sunday morning on the green in Beechdale were put on a more organised basis by the parents (Fred Colley, Conor Moen, John McDonnell and John O’Reilly) of some of the children taking part. Over the course of the following weeks the weekly number of participants grew steadily. When schools re-opened that September there was a dramatic increase. The first “formal” teams were at U8 and U9 age groups in the Brenfer North Dublin League. Indeed the U8 team won the league that year in their first season!

The various administration, coaching/training and match organisation duties were divided up between the people mentioned above, who between them looked after the duties of team managers, club committee, league representatives and fundraising activities.

In the early days all matches were played on the green area in Beechdale, thanks to the support of Beechdale Residents Association, who gave permission to play the matches on the green. Thanks is also due to Dave Berrigan, who looked after all the goalposts and nets etc. in his garage, just beside the “pitch”.

As with any venture of this nature, finance is always an issue, maybe even a problem. Apart from the weekly/annual player subscriptions collected, our early and regular sponsors were Billy O’Dwyer (O’Dwyer’s pub), Sean Nealon (Brady’s pub).

As the number of teams grew so did the need for playing areas. Over the course of the next few years soccer was played in Dunboyne Athletic club, inside the running track. One of the highlights of that era was a cup match between our 1st and 2nd teams in the U10 age group, a real local derby.

Many thanks to the Athletic club for their generosity at that time. Games were also played on the pitch between Beechdale and Chestnut Grove.

The club was very successful in the early years in winning various leagues, cups etc. and also in having numerous players picked on the Brenfer NDSL representative teams.

The next and logical step was the amalgamation with the senior club and the results can be seen today in the weekly participation numbers in the various games and summer camps etc.

By reaching this stage of the Intermediate Cup Dunboyne qualified for the FAI Senior Cup for the first time in the clubs’ history. An away game against Killester United stood between Dunboyne and a tie against League of Ireland team Cobh Ramblers. Killester defeated Dunboyne and went on to beat Cobh 3-0 before reaching the quarter-final of the cup which went to underline that LSL clubs could mix it with their LOI counterparts. A win in Dunboyne’s final league game of the season would have seen the club win the league but a bitterly disappointing draw meant Dunboyne missed out on winning the league but importantly still gained promotion to the second level of Intermediate Football, Senior 1, and the highest level any club in Meath has reached. 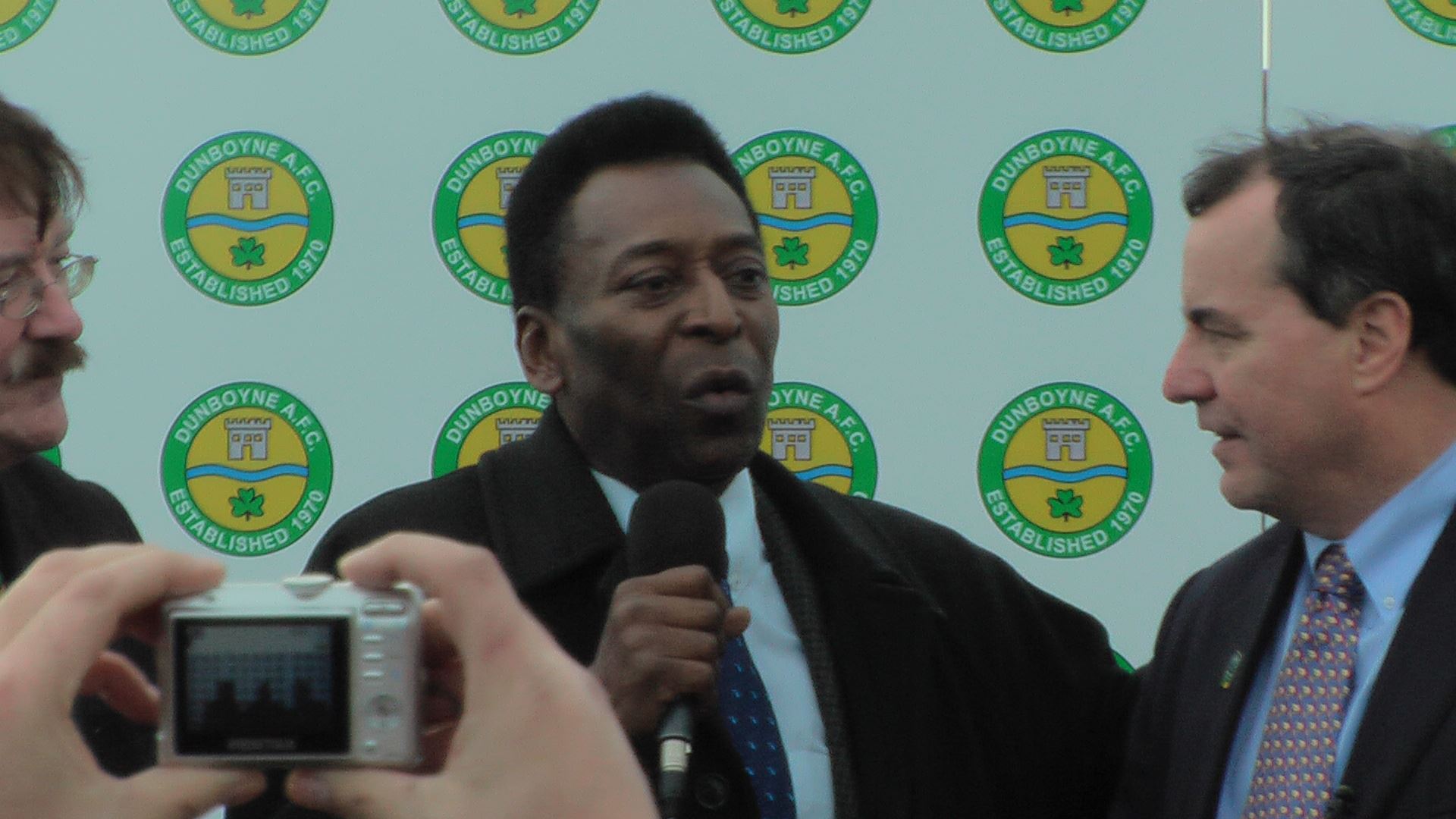 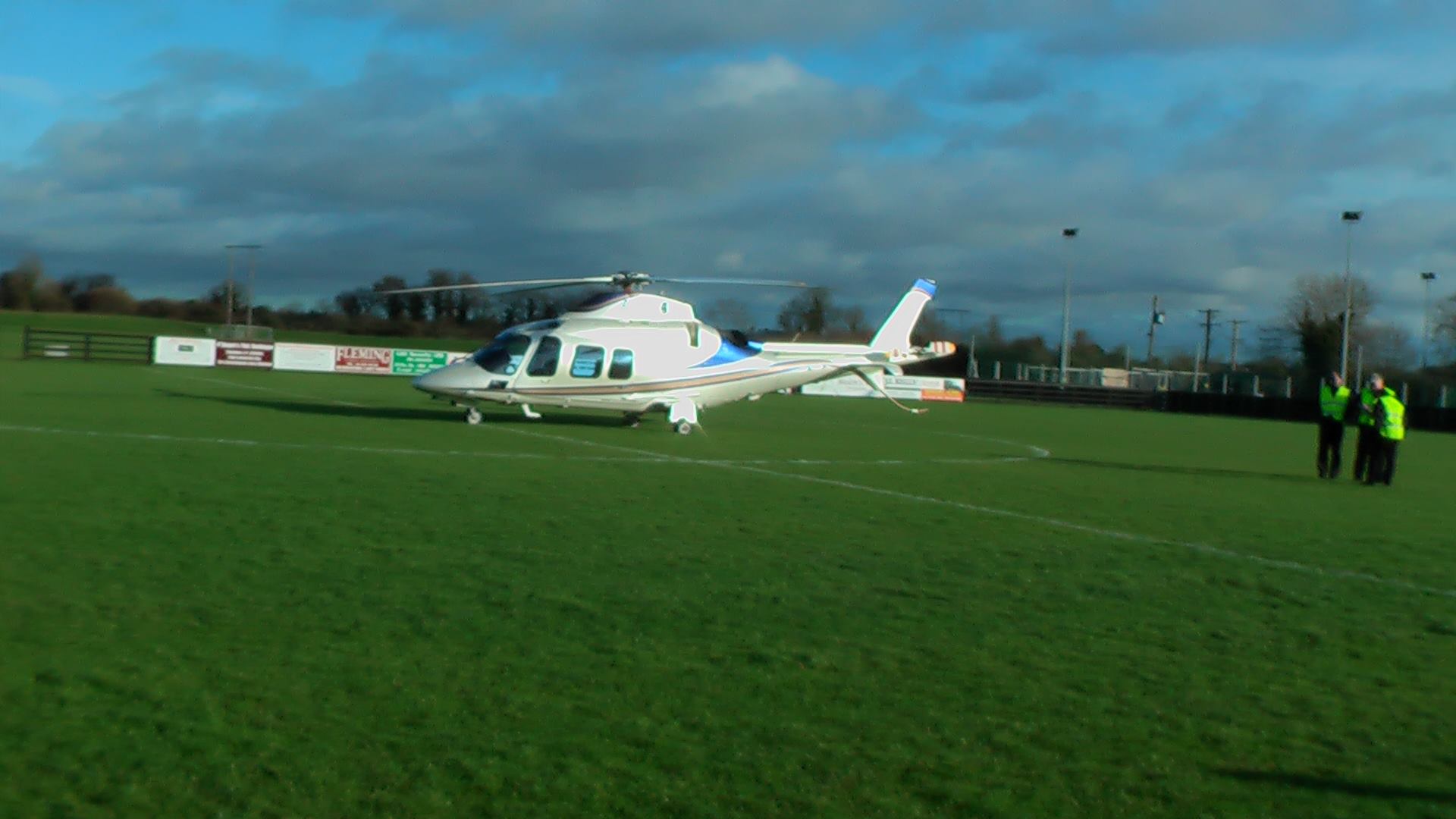