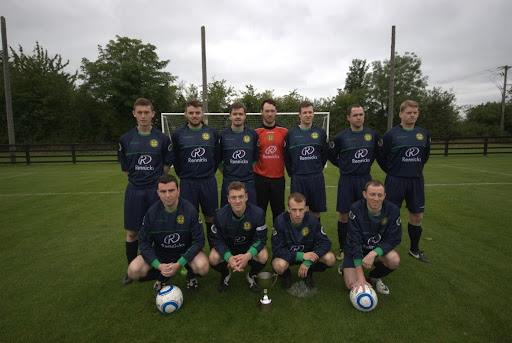 By reaching this stage of the Intermediate Cup Dunboyne qualified for the FAI Senior Cup for the first time in the clubs’ history. An away game against Killester United stood between Dunboyne and a tie against League of Ireland team Cobh Ramblers. Killester defeated Dunboyne and went on to beat Cobh 3-0 before reaching the quarter-final of the cup which went to underline that LSL clubs could mix it with their LOI counterparts. A win
in Dunboyne’s final league game of the season would have seen the club win the league but a bitterly disappointing draw meant Dunboyne missed out on winning the league but importantly still gained promotion to the second level of Intermediate Football, Senior 1, and the highest level any club in Meath has reached.